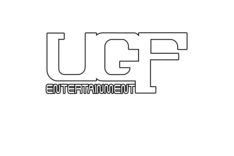 UGF Entertainment was originally established in 1997 as indie label UnderGround Family Entertainment. The name was borrowed from his street group. The label was formed to be a "foot in the door" for aspiring artists. Armed with nothing but a dream, its founder, Smooth, still a teenager, took time to learn the business, the recording process, marketing publishing and later management. His primary focus was on marketing, with a focus on digital marketing. During the initial 4 years the company was in a state of development while Smooth grew his database to contain 5,000 contacts. At that time he decided to reorganize the label, stepping away from the image inherited by its current name and starting fresh. The label was officially incorporated as UGF Entertainment, Inc. in 2001. UGF Entertainment has remained dedicated to representing and releasing only the best of the best. Over the last 16 years since the companies first release UGF Entertainment has continued to grow, creating new avenues for artists, providing support, management and publishing duties and has remained a recognized name in the business.

UGF has been afforded deals with the largest independent distributors in the industry, Alliance Entertainment Corp., LGN/Bayside Entertainment (owned by Tower Records), CED/Select-O-Hits and Sony BMG's distribution arm, RED Distribution and enjoys a current deal with The Orchard/Sony Music. It was these distribution powerhouses that allowed for UGF's transition and lead to the birth of UGF Digital. Having already established relationships with the retailers over the last decade allows for greater bargaining power for UGF's artists and labels. It is because of that greater bargaining power, and vast marketing insight, that the company is able to provide artists and labels with premium services, not offered by other companies.

In 2014 UGF Entertainment switched its primary focus from recording to artist and brand development, a function no longer handled by most independent labels. In addition the company provides consultation, writing, contract drafting & negotiation, as well as many more non-recording related services. UGF's marketing and distribution services are handled by its digital branch UGF Digital.

Q. What is UGF Entertainment?
A. UGF Entertainment is a multifacted company, covering a wide spectrum of record industry functions. UGF Entertainment can facilitate many needs of artists and labels, incuding song review, management, artist & brand developement, marketing and distribution, and, through its network of affiliate companies, can also provide services such as graphic design, production, website design, merchandising, radio support and more.

Q. Does UGF accept unsolicited material?
A. Techincally Yes. However, we do not guarantee to listen to and/or provide feedback to every submission received. Keeping in line with industry norms it is always best to submit music through an experienced manager, agent or lawyer.

We work closely with MusicSUBMIT and SoundOut and often accept submissions and/or review material submited via those two companies.
Please email us a maximum of 3 songs to Music@UGFEnt.net

Q. How many stores can UGF get me into?
A. UGF discontinued physical distribution services in 2008, although UGF can handle one-stop distribution needs for artists with a large advertising budget and/or a substantial sales history. Our independent digital network contains about 200 stores. When we combine our independent network with the Sony Music network, via our deal with Sony/The Orchard, to form UGF Digital, we now have over 750 stores in our network, the largest available.

Q. Do you offer recording contracts?
A. Yes and No. While UGF Entertainment primary focus was recording from 2001 to 2009, after the formation of UGF Digital, the primary focus of UGF Entertainment has been artist and brand development, contract negotiating, songwriting and marketing, while UGF Digital handles digital related services, including music & video distribution, marketing, SEO and more.

Q. Where are you located?
A. We are headquartered in the heart of Michigan, it's capital city, Lansing. Lansing is located in the center of 3 of the biggest markets in the mid-west, Detroit, MI, Flint, MI and Grand Rapids, MI

Q. How important is copyrighting?
A. By law a copyright is established when your work is created. Copyrighting protects the artists work from unlawful infrindgement or claims of authorship from someone who has stolen, or is attempting to steal, your music.

Q. Can I contact UGF Entertainment via telephone?
A. No. We allowed phone contact until 2011. We receive far too many inquiries daily and would require the use of a call center to field the high volume of inquiries. Call centers have proven to not be the most reliable mechanism when dealing with potential clients so we have decided to follow the standard norm in the industry of not publishing a contact number, and instead encourage those who wish to contact us to do so via email. You can email us at info@UGFEnt.com. If you are inquiring about digital services send email to info@UGFDigital.com.

TO Provide artists, labels and vendors the necessary tools and guidance to succeed.

Dedicated to the independent artist and label